Strong Is Why We Are Here

“Strong is why we are here.” This is what Coach Mark Rippetoe said to a group at the Basic Barbell Certification. I assumed that was obvious to the room of 30 people that shelled out $600 to learn how to lift barbells. Obviously, we are here to get stronger. However, upon further reflection I uncovered a deeper, more profound meaning to what Rip had said. If you believe the Theory of Evolution, then you must believe that our ancestors were the strongest and fittest among their peers. Thus each successive generation inherits the good, strong genes from the previous generation as the weak ones are weeded out. The phrases “only the strong survive” and “survival of the fittest” simplify this concept nicely. 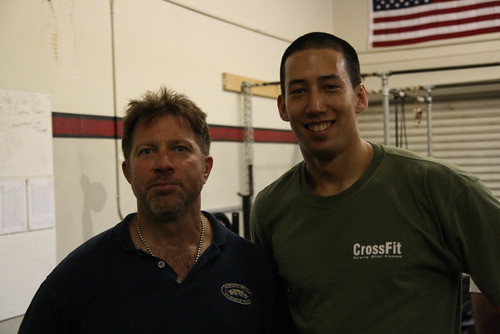 I know from riding the subways here in New York City, it is near impossible to believe that this is the genetic cream of the crop. However, let us assume that the Theory of Evolution is true and that deep within each of us lies potential–great genetic potential. Realizing potential is a concept that most people do not appreciate. Scientists have supposedly discovered genes for lots of traits but they also tell us these genes may or may not be expressed due to environmental stimuli. This is referred to as the Genotype-Phenotype Distinction. For example, we may have a gene that pre-disposes us for alcoholism but it will never express itself if we never take a drink. Our strength genes often work the same way: they need some environmental stimuli in the form of hard work to get them going.

I, personally, have only recently come to understand the importance of strength. For years, I never considered it and then when I did consider it I fell into the misconceptions that many people have about strength. It was not until recently that I really started to understand and appreciate the value of strength. In every situation I can think of, being strong is better than being weak. This will always be true.

My athletic journey began in my late twenties after my intellectual training was completed at law school. I found Brazilian jiu-jitsu and yoga: two physical practices that place a premium on technique over brute strength. These practices use colorful euphemisms like “flow” and “balance” to discourage people from muscling their way through. Then I found CrossFit and then I found Coach Rip and the importance of strength was brought to my attention and many of the myths about strength were discredited. Any reason that you can give for not wanting (or needing) to be strong can be dismissed as an excuse for not wanting to do the hard work. Period. 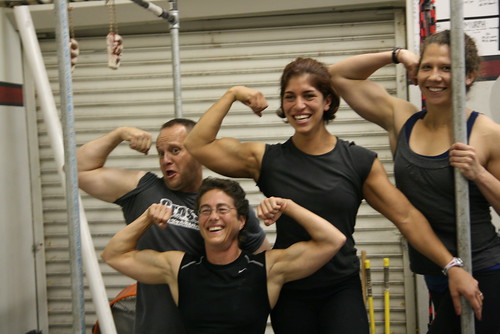 Getting strong is simple. “Simple” meaning the idea of progressive overload is a concept that can be understood by a second grader. However, “simple” does not mean “easy.” It takes hard work to become strong. Fortunately, we do not desire to be people that shy away from hard work nor do we care to associate with those people. My friend recently said to me “what intimidates some inspires others.” I seek the company of those that seek inspiration and choose to inspire others. Those of us that seek to improve ourselves and our lives, revel in challenges and the rewards that come from overcoming those challenges. Strength is the jewel of our genetic inheritance. Every minute that we spend trying to get stronger brings us closer to our birthright–to realizing our potential. Hard work turns on the good genes that our ancestors passed along to us. People that choose to make themselves stronger witness changes that transcend the mere physical. Watching people grow in confidence as they grow stronger is one of the great rewards of being a coach. Many people wax philosophic about why they were put on this Earth. The answer might be as simple as “strong is why we are here.”

What do you think about strength? Please leave a comment.