I spent the weekend in Albany, New York, as a judge and volunteer for the CrossFit Northeast Regional Qualifiers. I can honestly say this is one of the best events I have ever attended. It was hosted by Albany CrossFit, CrossFit South Brooklyn, and CrossFit Boston. They were able to run over 200 competitors through three workouts in two days and accommodate a large number of spectators. There was music and entertainment and food and lots of fun to be had. There were 15 year-olds and 69 year-olds competing right next to each other. Not to mention, the fittest people in the Northeast brought their “A Game!”

The best thing about this event (and all CrossFit events) was the community. As a volunteer I got to work alongside people from other affiliates to help set up and organize the event. I was really impressed with the level of dedication and commitment the volunteers showed with respect to trying to get everything just right. It was a large group of people dedicated to just being of service to the athletes and the event. We argued over things like the best way to set up the stations and instead of just letting negotiations deteriorate we just kept moving the giant pull-up rig and moving the barbells until it was right. Everybody did what was asked of them without question and in the end I think we did a good job.

The athletes also showed more than just athleticism. After completing his third workout an athlete I was judging immediately got back to his feet and screamed encouragement to the competitor at the next station. I see that all the time in the gym but it is even more impressive to see it in the heat of competition when people are fighting over five precious spots. Athletes were proudly sporting shirts from other affiliates and had friends from other affiliates cheering and coaching them. It was inspiring to see such high levels of sportsmanship and camaraderie.

Here are some photos from the weekend. See all the pics here. 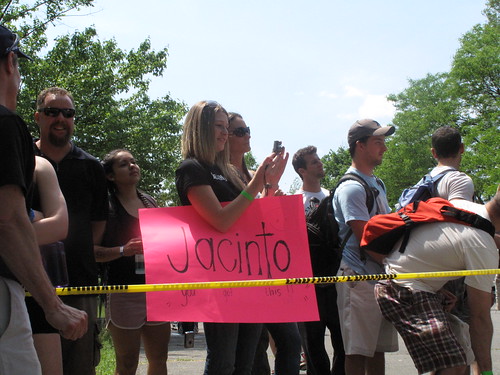 Erica cheers on Jacinto, the Warrior! 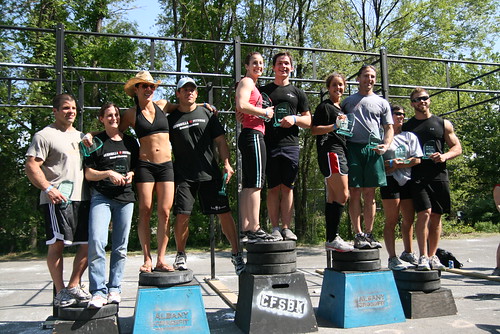 The top 10 finalists going to the CrossFit Games in July. 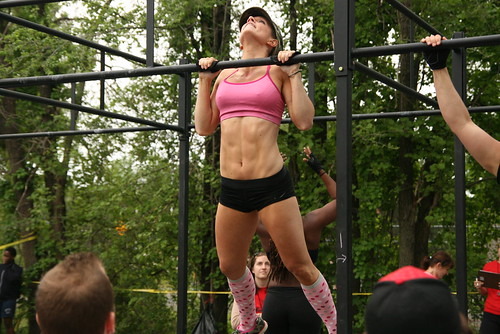 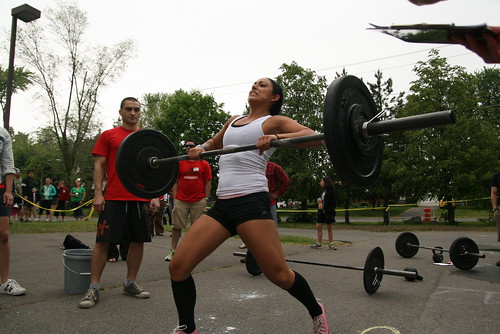 By any means necessary 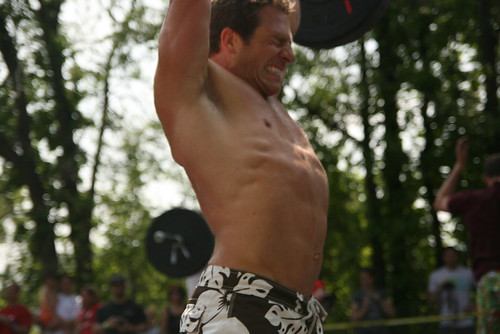 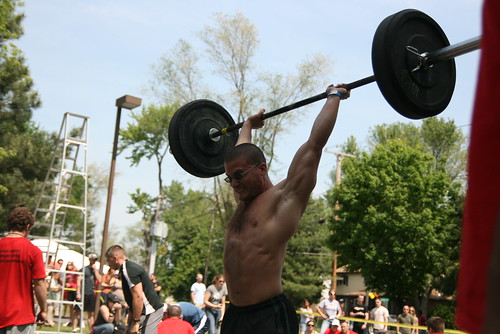